Since writing and publishing the article Rates Ruling Could Have Major Effect, some important changes have taken effect.

Readers may recall that the article dealt with the decision in Paton & Ors v Mackay Regional Council, where it was decided that classifying a property by whether the owner-occupied the premises, or rented the premises out, was unfair and illegal method of rates determination.

Following this decision, the Local Government Association of Queensland (LGAQ) backed the councils bid for an appeal. The LGAQ also petitioned the Queensland Government to amend the Local Government Act, to retain the approximately $300 million the councils will receive as a result of this system of classification. The decision also had the potential to mean that councils were liable to pay back the approximately $2.3 billion the system had generated whilst in place.

In response to this, the Queensland Government amended the Sustainable Planning (Infrastructure Charges) and Other Legislation Amendment Bill 2014 during consideration in detail before the house.

The Bill was passed in a late sitting of Parliament on the 5th of June. Importantly it provides that councils may now “categorise rateable land, and decide differential rates for rateable land, according to whether or not the land is the principal place of residence of the owner” and that “it is declared that the council always has had, whether under this Act or a repealed Act, the power to categorise rateable land, and decide differential rates for the rateable land, in the way stated”. It does so by adding section 55B and 269 to the City of Brisbane Act, and 94(1A) and 307 to the Local Government Act. The amendments effectively make the ruling in Paton obsolete.

If you have any queries regarding the above, please do not hesitate to contact us at Big Law Solicitors on 1800 431 604 or email us at [email protected]. 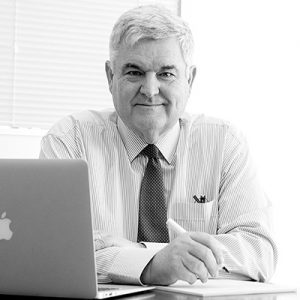 Tony Biggar
Consultant
Make an appointment
How We Can Help